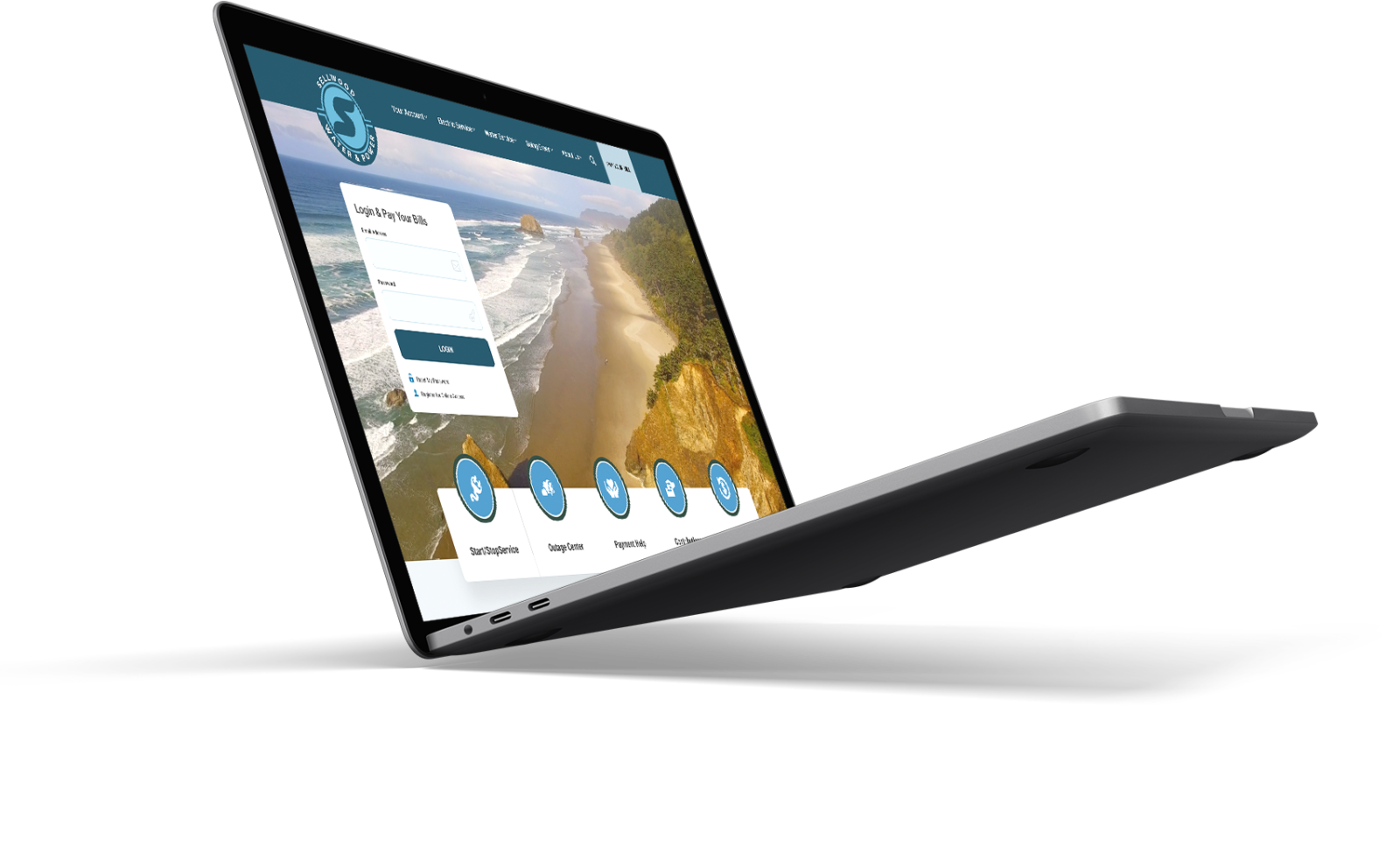 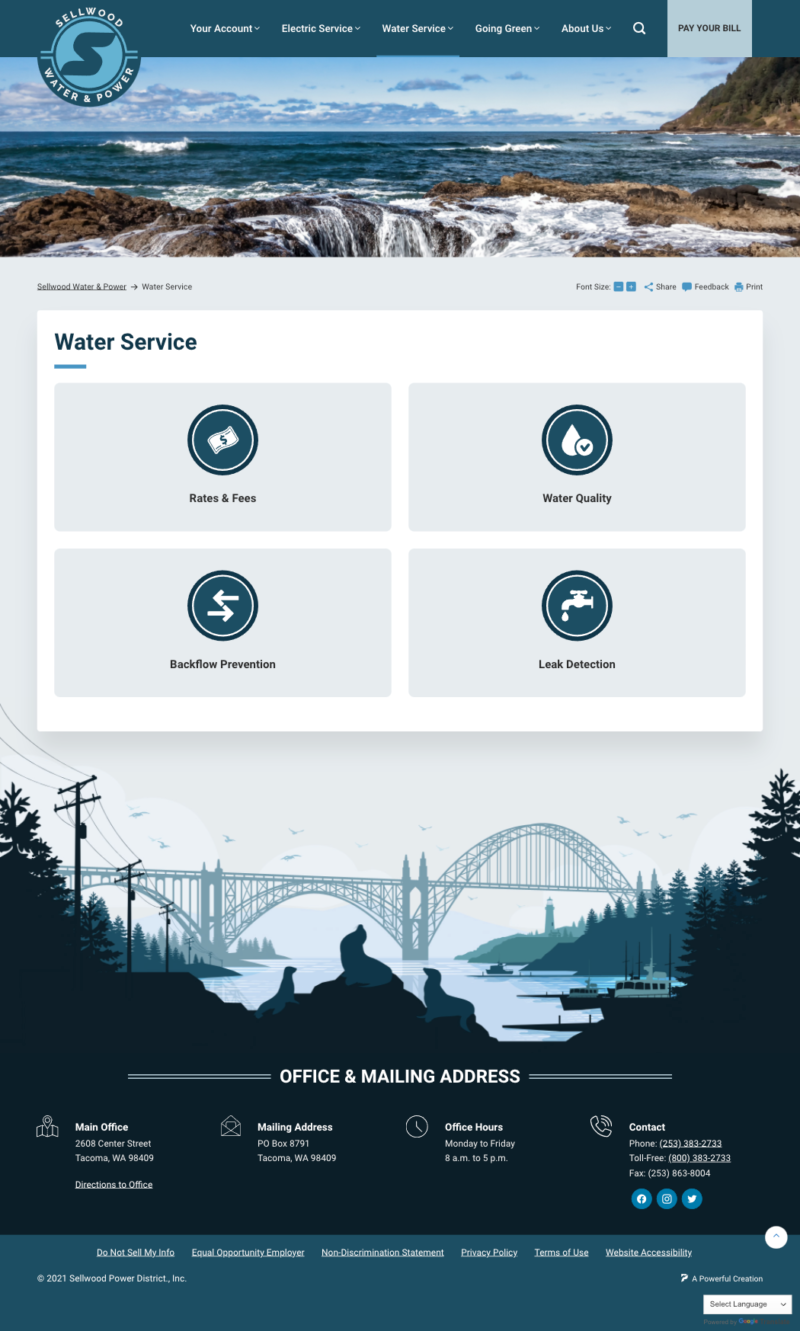 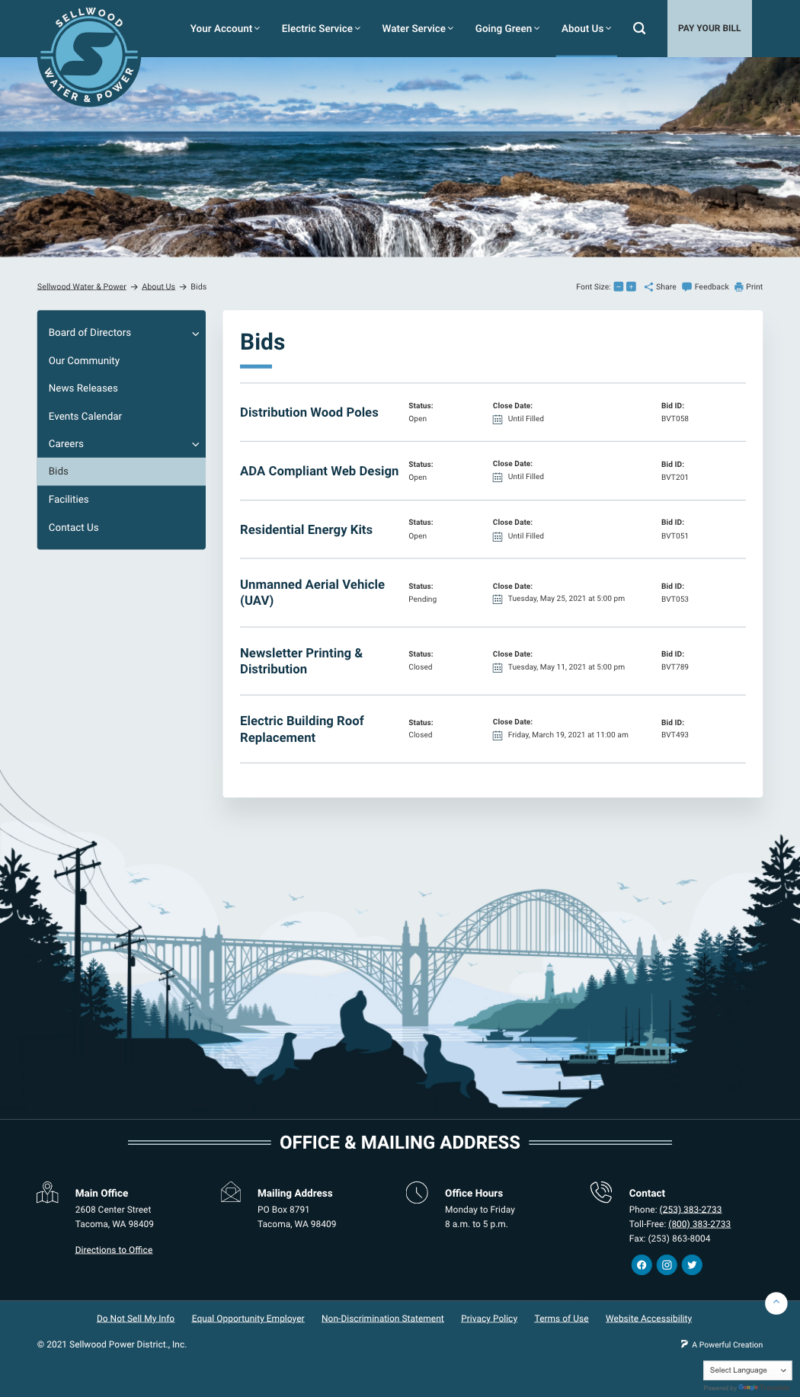 Sellwood originated as an independent city, as a rival of nearby early Portland on the 1,320-acre Donation Land Claim of Reverend John Sellwood, who sold the claim in 1882 to the Sellwood Real Estate Company. The town of Sellwood was incorporated by the Oregon Legislative Assembly on February 25, 1889. It was annexed by the city of Portland in 1893.

Sellwood has an amusement park named Oaks Park along the river. A bike trail next to railroad tracks above the river is accessible from Sellwood and links Milwaukie and downtown Portland. The Oaks Bottom Wildlife Refuge was established in 1988 and has allowed the preservation and protection of numerous species. Walking trails go through the park, traversing woods, meadow, and marshland.

Milwaukie Avenue and Southeast 13th Avenue are the locations of many restaurants, Moreland Theater, specialty retail, and neighborhood stores, upscale antique shops, a middle school, and other stores.

Sellwood Water & Power has been a proud partner with the Sellwood community and has been able to donate over $500,000 to various local charities since 2001. Many of these donations have helped open and repair community center, fund after-school programs, host annual community events, and more.